While rays of light are dancing on its surface, the plane forms into varying, three-dimensional shapes of waves. Due to its polished parts, the sculpture mirrors its environment, reminding of reflections in clear waters. The mirrored image becomes fragmented and distorted, creating generative, partly colorful pictures before it calms and clears up again, as the wind ceases once more. As a result, the physical appearance of the viewer becomes part of the artwork itself.
Engaging with the artwork creates a physical dialogue between human and non-human, nature and culture. 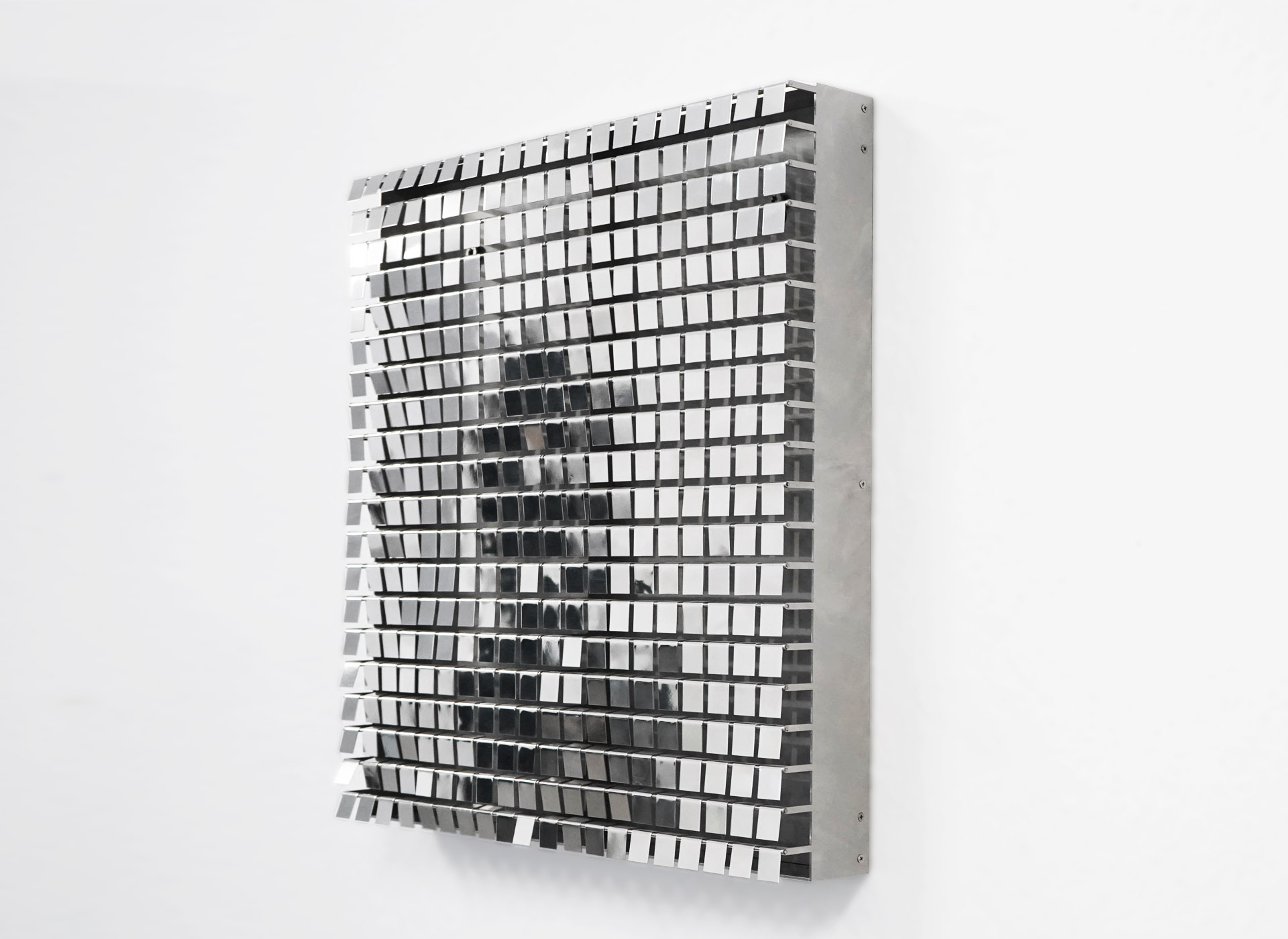