“A flicker, a pulsation, a whole cosmos lightens up in the twinkling of an eye and the very next moment the fleeting impression fades away becoming a distant memory. Disguise and deception of a soundless voyeur, showing his true appearance for a few seconds before his shape becomes invisible again.”

„VOID“ as a light object generates an illusionary cosmos and reveals diverse spaces within the same object. While the outer reflection depicts the external world, the internal light projects the illusion of space. Similar to a lenticular image the position of subject and object is shifted by a bistable perception, so that the object can capture two possible stable conditions, but only by an external impulse it is able to switch or flow from one condition into the other. 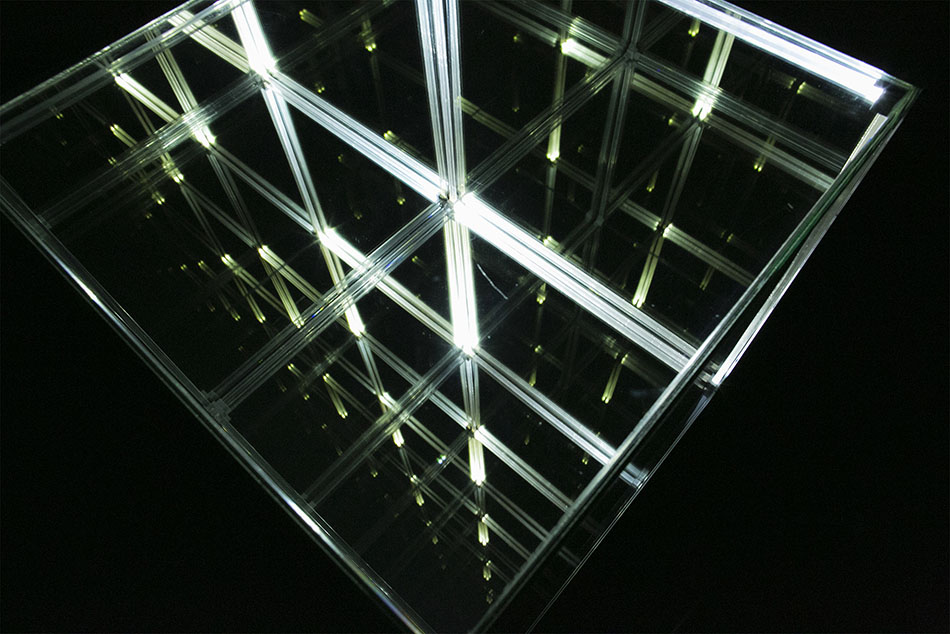 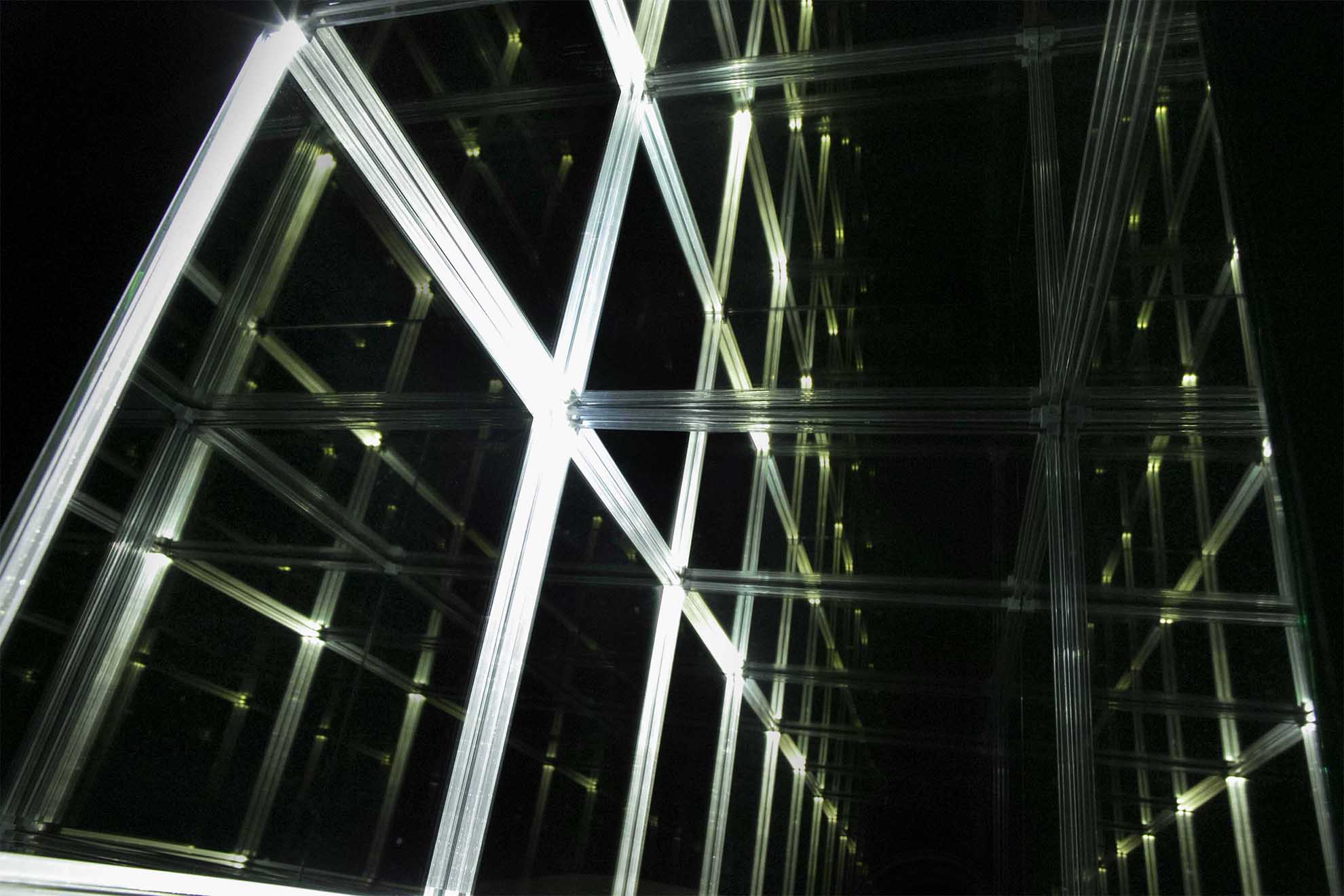 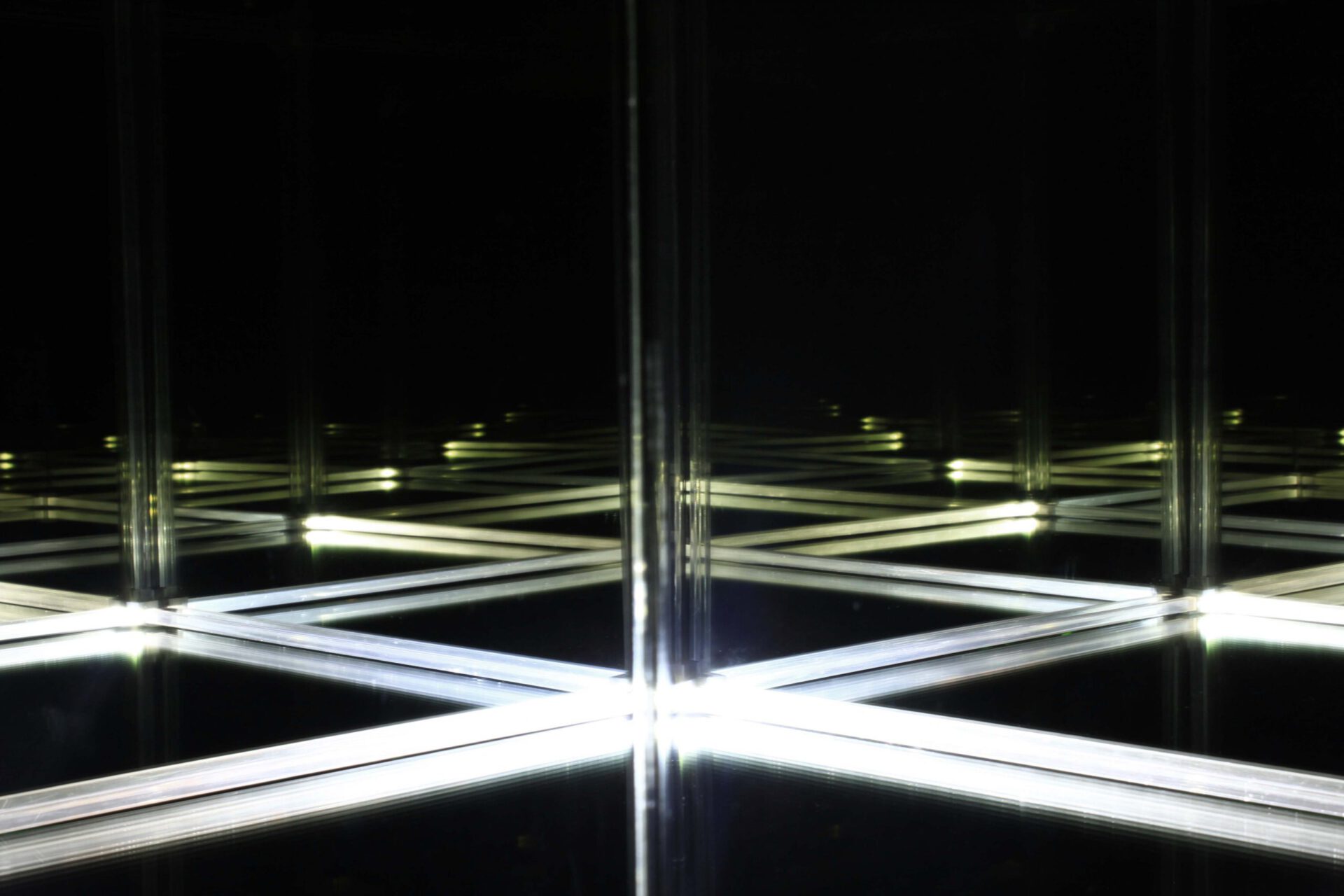 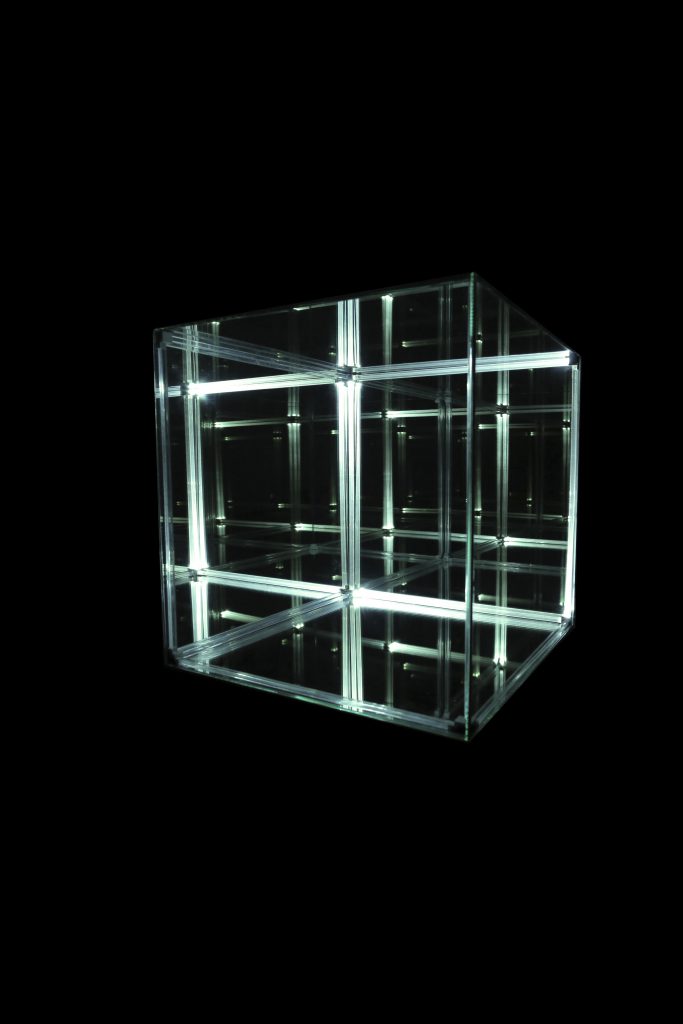